Had the opportunity to listen to Nathan Wallis, Neuroscientist, talk for an hour yesterday. Could have EASILY spent a whole day listening to him talk - actually, I walked away wanting to be a neuroscientist.

One of the most fascinating talks I have ever been to, it shed light on the way a human's frontal cortex develops throughout their life time. Although I could never relay the key messages in his talk as articulate as he did, I will endeavour to share the most interesting parts of the talk below:

* Claims below are scientifically proven based on research and evidence.
** There are always exceptions to the rule.

How does this information help us? We need to be aware of the rate at which our boys frontal cortices develop, particularly our second, third, fourth born boys. We need to be careful that they aren't labelled "naughty", "lazy", "slow", "can't focus their attention", just because their female counterparts obviously have frontal cortices that are more developed at the same age. Second born males with first born sisters, are bound to be told the above.

There is a whole other section I wanted to write about, Perry's Neurosequential model, but I'll leave that for next time...

Today our learners had an awesome opportunity to present at the GEGNZ Student Summit!
For months now, our learners had been preparing their presentations to share with other learners from around the country (Yes, country! There was a school that had come all the way from Rotorua to participate!) This was Stonefields first time at the Summit (this year's was the second summit, ever). 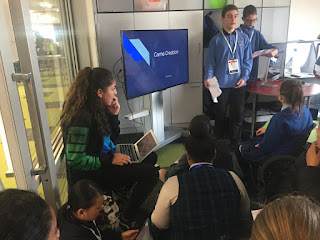 Group 1 consisted of some proud creators of a video game in the making called Undecided, who shared their process of the game creation thus far, covering how they use the game development platform, Blender as well as programmes such as Blender to create the models they use in their game. Not only was it super informative, the boys had also made it hands-on by allowing their workshop participants to play their game. The workshop was such a hit that they passed the 25 participant limit and we unfortunately had to turn people away. 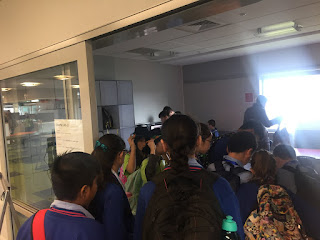 Group 2 shared a bit about Breakthrough at Stonefields and how they used that opportunity to organise a whole school disco with some amazing parent help. Definitely not an easy feat, but executed smoothly all the while having fun!


Although the learners weren't fast enough to get into their first choice of workshop (Google Cardboard/Robotics and Character development) the role of presenting was invaluable for them. After the summit we took a moment to reflect about what we thought went really well and what we thought would have worked a lot better in terms of their presentations. The main learning that came from it was to be able to have the opportunity to practice in front of a live audience so that you can hear the awkward silences, the bits where you might be facilitating game play while 15 odd people wait to play etc etc. So proud of the team and an amazing job to the organisers - One keynote speaker Suan Yeo from Google Australia was particularly inspirational, challenging the audience to find a problem and solution to something they were passionate about.

The only downside would be was that we didn't book tickets fast enough and they sold out! So we weren't able to get non presenters to go along. Next year for sure! And hopefully more presenters, too!

The value of no mentor teacher 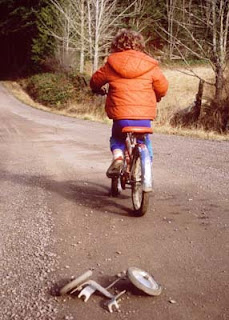 This week I have been reflecting on human nature and more specifically about the fact that I tend to stand down from doing something or engaging in something if there is someone more competent than myself around to do it. Over the past three weeks, I have found there has been a plethora of opportunities to step up, without my 'mentor teacher' in the Hub alongside me. It is interesting to reflect on the extent of which this subconscious notion dictated my actions within the hub last year.  It's almost like I have taken off my training wheels. My mentor teacher is an amazing resource to go to when I get stuck, but some really healthy pressure to just do things is produced when they aren't around to save your behind!

Email ThisBlogThis!Share to TwitterShare to FacebookShare to Pinterest
Labels: Reflect

How strange it feels to write that title! I cannot believe how fast last year whizzed by. I begin this year with a whole lot of excitement, but it would be a lie to say that it is completely without some angst. With the first week of school over (and a 3-day week at that!) I am feeling overwhelmed at the amount of things to do. There are so many little things to do that take up so much time. I replied to my emails just the other day and it took me an hour! With University obligations as well as a ‘real full-time teacher’s’ job, it is important now more than ever that I am staying on-top of my workload, and in doing so...maintaining a sense of wellbeing! With 60 learners between 2 teachers as opposed to 3 teachers and 45 learners last year, there is no time to be wasted and no learning left to chance!


Some strategies I have put in place:


Check back with me at the end of the term and see if I stuck to my guns!

It's that time already?!

I know I am not alone in wondering where on earth time has gone. The quote below represents progress. Day by day it would seem that nothing drastic has happened - no absurd changes. But, when I look back to the first term, wow - how I have grown, how WE have all grown as educators. It seriously amazes me.


Our very last day at digital immersion was, of course, a highly practical one. We were required to create digital CVs - simply by creating a google site. This was an opportunity to showcase our talents, so to speak, to show what we are capable of, all the creative things we have done, all accessible from the one place. Another of the MDTAs, Chelsea, shared some helpful tips in creating her site. Like me, she is all about the aesthetics so I was excited to explore these sites she shared (I could have spent all day looking at these sites). The first is coolors - a site which generates perfect colour combinations for us to use in our every day designs! The second one is 100daysoffonts which is sort of the same concept, except it shares combinations of fonts. 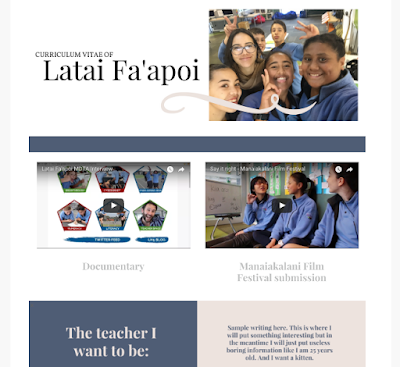 As for my CV... I'm still in the process of updating it and playing around with fonts and what not, but I will definitely share on here as soon as I am finished. Above is a little sneak peek of what it currently looks like. I love my colour scheme (taken from coolors.co of course!) Really excited to hopefully share this site one day soon. Yay for progression and all the HOORAY cheers in the world to the Manaiakalani Digital Teachers Academy!

Have you ever had anybody pronounce your name incorrectly? Ever corrected them and had them not really care about making an effort to say it right?

Check out the strategies some of us in Hub 5 have used to make te reo Māori more accessible to everybody!

The question of courage

Term 4. Beginning Teacher survival mode is slowly being turned down and finally, finally, I feel I have some space in my mind to explore concepts and ideas  that would otherwise be subconscious beliefs manifesting themselves into my teaching practice. Today’s digital immersion session gave us the opportunity to reflect on the importance of engagement and the levels of engagement of which we provide to and receive from our learners. A 2 minute video of Chrissie Butler (Core education) talking Universal design for learning, challenged me instantly - we often default to teaching the way we learn - but who is to say that the way we learn is the way that others learn, as a matter of fact, we all know IT’S NOT! The challenge then is to design learning where a range multi-modal access points to the learning is provided so that no matter how learners prefer to learn, they can.


True to Manaiakalani pedagogy, we were given some time to CREATE to make meaning and apply our understanding of the elements we explored today. For those of us who felt like we already had behavioural engagement were given the challenge to achieve a learning resource which incorporated the following levels of text:

When our Hub returns from Camp, we will be exploring the concept of courage, growth mindset as well as the concept of ‘dispositions’. In practicing creating a resource which covers the above elements, I decided to collate resources which explored the concept of courage in a range of different concepts. Below is a screenshot of the site page so far - will reflect on the unit along the way. Stay tuned! 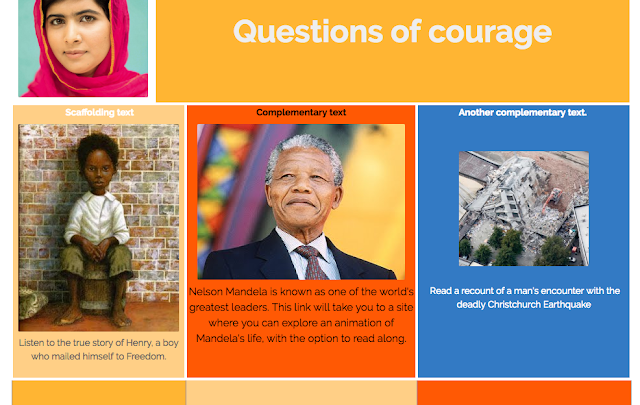